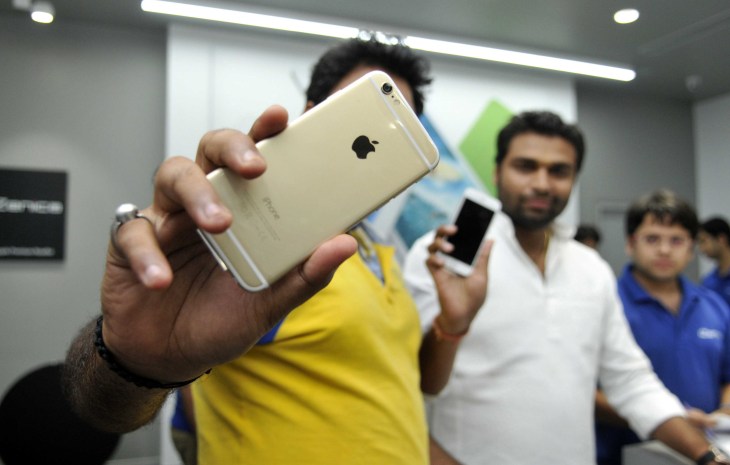 India has further liberalized its foreign direct investment (FDI) rules for many sectors, opening new avenues for global investors and giants such as Apple as Asia’s third-largest economy attempts to jump-start its years-low economic growth.

New Delhi said Wednesday evening that it is easing sourcing norms for single-brand retailers like Apple. As part of the new proposal, which has been approved, the government said single-brand retail companies will be allowed to open online stores before they set up presence in the bricks-and-mortar market.

This would allow Apple, which has yet to set up retail stores in the country, to start selling a range of products through its own online store. Currently, Apple sells its products in India through partnered third-party offline retailers and e-commerce platforms such as Amazon India, Flipkart and Paytm Mall.

Over the years, Apple has requested the government numerous times to relax the local foreign direct investment (FDI) rules. Company executives have long expressed disappointment at Amazon India, Flipkart and Paytm Mall for offering heavy discounts on the iPhone and MacBook Air to boost their respective GMV metrics.

Even as this boosted the sales of iPhones in India, the discounts diluted the brand image of iPhones in the country, executives felt.

Apple will soon explore selling its products through its online store in India, a person familiar with the matter told TechCrunch. But the move is unlikely to materialize before next year, the person said, requesting anonymity.

Apple did not immediately respond to a request for comment.

Update August 29: An Apple spokesperson confirmed the company intends to start selling its products online through its own store in India and also set up its own retail store.

“We appreciate the support and hard work by Prime Minister Modi and his team to make this possible. We love our customers in India and we’re eager to serve them online and in-store with the same experience and care that Apple customers around the world enjoy.”

The company is also looking forward to the day when it can open its first retail store in India, the spokesperson said. “It will take us some time to get our plans underway and we’ll have more to announce at a future date.”

New Delhi previously also forced companies like Apple to source 30% of their productions locally (PDF). Now the government says it is broadening the definition to include both materials sold in India and those exported in the local sourcing law.

“It has been decided that all procurements made from India by the single brand retail trade entity for that single brand shall be counted towards local sourcing, irrespective of whether the goods procured are sold in India or exported. Further, the current cap of considering exports for five years only is proposed to be removed, to give an impetus to exports,” Piyush Goyal, Commerce and Industry Minister, said in a press conference.

Apple had urged the government previously to ease this requirement, as well.

India has emerged as one of the world’s biggest battlegrounds for smartphone vendors. As sale of smartphones slow or decline in nearly every corner of the world, Indians are showing a growing appetite for handsets.

The local smartphone market, which is the fastest growing globally and also second largest, was once commanded by local smartphone manufacturers. But things have dramatically changed in recent years with Chinese phone makers such as Xiaomi, Vivo, OnePlus, Oppo and Realme and South Korean giant Samsung together controlling 90% of the market.

Apple continues to largely focus on users looking for a premium smartphone in India. Even as the iPhone maker’s market share in India stands below 2%, per research firms IDC, Counterpoint and Canalys, Apple CEO Tim Cook has said on a number of earnings calls that the company sees major opportunity in India.

To boost sales in India, Apple has started to assemble several iPhone models locally and reached a stage where it can begin to export to overseas markets phones produced in India. Assembling phones in India allows Apple — as it does to other phone makers — to enjoy some tax benefits that Narendra Modi’s government provides.

As part of today’s announcement, the government is now also allowing foreign investment in digital media to take up to 26% stakes in companies — a figure that now stands at 100% for the coal mining industry and associated infrastructure and sales of fuel.

“The extant FDI policy provides for 49% FDI under approval route in Up-linking of ‘News &Current Affairs’ TV Channels. It has been decided to permit 26% FDI under government route for uploading/ streaming of News & Current Affairs through Digital Media, on the lines of print media,” it said in a press release.