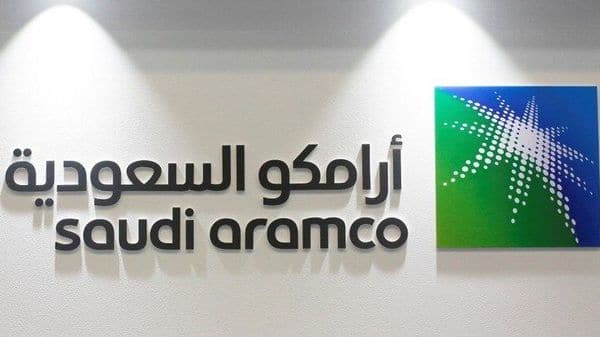 Mumbai: Mint brings you your dose of the top deals news, reported from newsrooms across the country.

SoftBank Group’s large-ticket investments in India face an uncertain future as the Japanese conglomerate struggles with setbacks in its marquee investments of WeWork and Uber, raising questions on the completion of its second Vision Fund of $100 billion, Mint reported citing four people directly aware of ongoing discussions between SoftBank and Indian startups. Softbank has been mulling two deals for more than six months—a $200 million investment in regional language news aggregator Dailyhunt, and a $300 million funding in eyewear retailer Lenskart. In both cases, SoftBank has submitted the final term sheets but has not been able to make the investments that are slated to come from the second Vision fund, the people said. The capital for both Lenskart and Dailyhunt has to come from the second Vision Fund, because Fund 1 is fully deployed, with money left only for debt repayments and some follow on deals. The delay in the investment despite a go-ahead by the investment teams in India and global headquarters has left the companies in question in a lurch. SoftBank confirmed the same in its quarterly earnings release last week, when it said that Vision Fund 1’s investment period ended on 12 September 2019. For the quarter ended 30 September, SoftBank reported a loss of $6.4 billion, while the Vision Fund reported an operating loss of $9 billion.

Minority shareholders of Fortis Healthcare Ltd are demanding that the company and its parent IHH Healthcare Bhd make efforts to vacate a Supreme Court stay on an open offer for buying additional shares of the Indian hospital operator, Mint reported citing three people familiar with the development. There are some minority investors who have asked the company about its action plan on the ₹3,400 crore offer, especially considering that Chief Justice of India Ranjan Gogoi retires on 17 November. In December last year, a three-judge bench headed by Chief Justice Gogoi had ordered a status quo on the sale of Fortis Healthcare to IHH Healthcare while hearing a petition by Japanese drugmaker Daiichi Sankyo. Another bench, which was also headed by Chief Justice Gogoi, reserved an order on the stay in April. Some shareholders of Fortis Healthcare also approached Sebi in May and asked the regulator to issue directions to Malaysia’s IHH Healthcare to pay interest, of about 8-10%, to shareholders for the delay in the open offer to buy an additional 26% stake in Fortis Healthcare. IHH has deposited the funds for the open offer in a non-interest bearing escrow account, and are being maintained without demur for the entire period of operation of the stay order.

Saudi Aramco will allow investors to start bidding for shares in the world’s most-profitable company from Nov. 17, Bloomberg reported. It left potential buyers in the dark about the size of the stake it plans to sell and the pricing range. The Saudi stock exchange rules prohibit the oil giant from listing additional shares for six months after the start of trading, according to its more than 650-page prospectus. Also, the Saudi government, the company’s sole owner, won’t offer any additional shares during the 12-month period after listing, but retains the right to sell to foreign governments or investors affiliated with foreign governments. While the prospectus includes Aramco’s profits for the first nine months and details of the company’s operations, it doesn’t include any indication of what valuation the government hopes to achieve. Price guidance for the share sale is expected next week, but people familiar with the deal have told Bloomberg that Crown Prince Mohammed bin Salman would be satisfied with a valuation of between $1.6 trillion and $1.8 trillion.

Sunil Kant Munjal’s Hero Corp is set to buy a significant minority stake from Analjit Singh in Max Financial Services Ltd, The Economic Times reported citing two people familiar with the development. The listed Max Financial houses Max Life Insurance, the largest nonbank private life insurer in the country. Singh, who has pledged more than 90% of the promoter stake in Max Financial, is raising funds to deleverage the balance sheet. The promoter leverage has been a drag on the listed parent’s stock. Hero Corp may pick up a stake of 10-15% or more. Under the proposed deal that’s likely to be announced shortly, it may declare itself a co-promoter along with Singh and make an open offer. Munjal is expected to join the board of Max Financial, which has a market capitalisation of ₹12,963 crore. Singh could retain a 10% stake. Earlier this year, Max Financial was reportedly in discussions with Axis Bank for a possible merger. However, no agreement could be reached on valuation.

The Edelweiss group is planning to raise up to $1 billion in dedicated real estate funds, and deploy the proceeds in completion financing for housing projects stuck due to liquidity or solvency constraints, The Economic Times reported. This move comes a week after finance minister Nirmala Sitharaman announced establishing an alternative investment fund (AIF) to give last-mile financing to lower and middle income housing projects. Edelweiss has partnered South Korea’s Meritz Financial group to launch the first fund of $425 million. The first tranche of this fund will likely close this week at $270 million, with Meritz making the majority investment commitment. Another tranche of $155 million would also be launched soon following the first series deployment. The fund will buy out existing loans of these projects. This will also reduce Edelweiss group’s own real-estate loan book. Last-mile financing helps unlock projects stuck due to a cash crunch. The fund will be managed by Edelweiss’ Alternative Assets platform, which manages $3.6 billion in assets.

Aviva Life Insurance has become the first financial company to be admitted into Insolvency and Bankruptcy Code (IBC) proceedings after the National Company Law Tribunal (NCLT) upheld a landlord’s claim accusing the insurer of failing to meet its payment obligations and ordered the commencement of the company’s insolvency process, The Economic Times reported citing court documents it has seen. The life insurer, which is a 51:49 JV between the Burman family that controls consumer goods maker Dabur and Britain’s Aviva Plc, has denied owing money to the landlord, Kolkata-based Apeejay Group, whose premises in Mumbai the company has been occupying for over a decade. The insurer also claimed in court filings that IBC laws do not allow for insolvency of financial services providers. The seeds of the commercial dispute between Aviva and Apeejay group were sown two years ago when the former stopped making payments towards licence fees for Apeejay House, a property that belongs to Apeejay Trust, as per the court filings. Though the NCLT noted that IBC exempts financial services providers from insolvency proceedings, it rejected Aviva’s attempt to seek an exemption on these grounds.

Uber cofounder Travis Kalanick has discreetly begun building an India team to drive his new venture, City Storage Systems, which runs delivery-only kitchens called CloudKitchens, The Economic Times reported citing five people aware of his plans. The company, which continues to operate on a stealth mode, has started engagements with restaurant chains and real estate developers in Mumbai, as well as begun early discussions with marketplaces including Swiggy, UberEats and Zomato. Cloud kitchens are restaurants without a dine-in facility or walk-in customers. Former TexMex Cuisine India CEO Ashish Saxena is the general manager for Mumbai and has been overseeing operations reporting directly to Kalanick. The company is in the process of setting up teams in other cities as well. It will also hire a country head once the business launches and scales. Mumbai is the first city scheduled to be launched, followed by Bengaluru, Delhi and Hyderabad. Last week, the Wall Street Journal reported that CloudKitchens had received a $400 million investment from Saudi Arabia’s sovereign wealth fund, valuing the startup at around $5 billion. The other market in the pipeline is the Middle East.

CG Power & Solutions, which has ousted its promoters following allegations of financial irregularities, has sought regulatory waiver on a market-access clause to raise much-needed funds, The Economic Times reported citing two industry executives aware of the plans. CG Power’s erstwhile directors and promoters, who hold an insignificant stake in the board-driven company, are barred from accessing the capital markets. CG Power’s investment banker, the Kotak group, is handling the fund-raising proposal. The company aims to raise around ₹800 crore through an issue of equity or quasi-equity instruments to institutional investors — existing and new — over the next few months. The company told the exchanges last week that it is in need of both long-term capital and working capital and is in the process of identifying potential sources of capital and also seeking external advice on mode and sources of fund raising. The company has also initiated the process to remove the Thapar-led Avantha Holdings, which only holds around 8,500 shares, as the company’s promoter in the wake of its role in alleged financial irregularities that may have cost the company ₹3,000 crore. The company, which badly needs funds since bankers were reluctant to give fresh loans, has sought an exemption on tapping the markets from the Sebi, which barred former chairman and promoter Gautam Thapar and other ex-directors from accessing D-Street after the irregularities first surfaced.

State Bank of India (SBI) plans to raise about ₹8,000 crore by selling a minority stake in the initial share sale of SBI Cards, a company that has also turned out to be a multi-bagger for the lender’s private equity partner in the business – Carlyle, The Economic Times reported citing a source close to the development. State Bank of India has initiated the process to sell 14% stake in SBI Cards and is looking to raise ₹8,000 crore through the public issue, valuing the company at ₹57,000 crore. Both SBI and Carlyle will sell stakes in the IPO. SBI Cards is a joint venture where SBI owns 74%. Buyout firm Carlyle, which owns the remaining 26%, will likely sell a part of its holding in the upcoming IPO. Back in 2017, when Carlyle joined the business as a financial investor, the valuation was ₹8,000 crore. Carlyle had come into the joint venture when GE Capital exited after two decades. Nomura, Axis Capital, Bank of America Merrill Lynch, HSBC, Kotak Mahindra Capital and SBI Caps are bankers to the issue. It is the second largest credit card company in India with a card base of 9.5 million after HDFC Bank, with over 13 million. In total spend, the market share is 17.7% while by way of card base, it is 18%.