You are here HomeMortgageCalls mount to ease mortgage limits 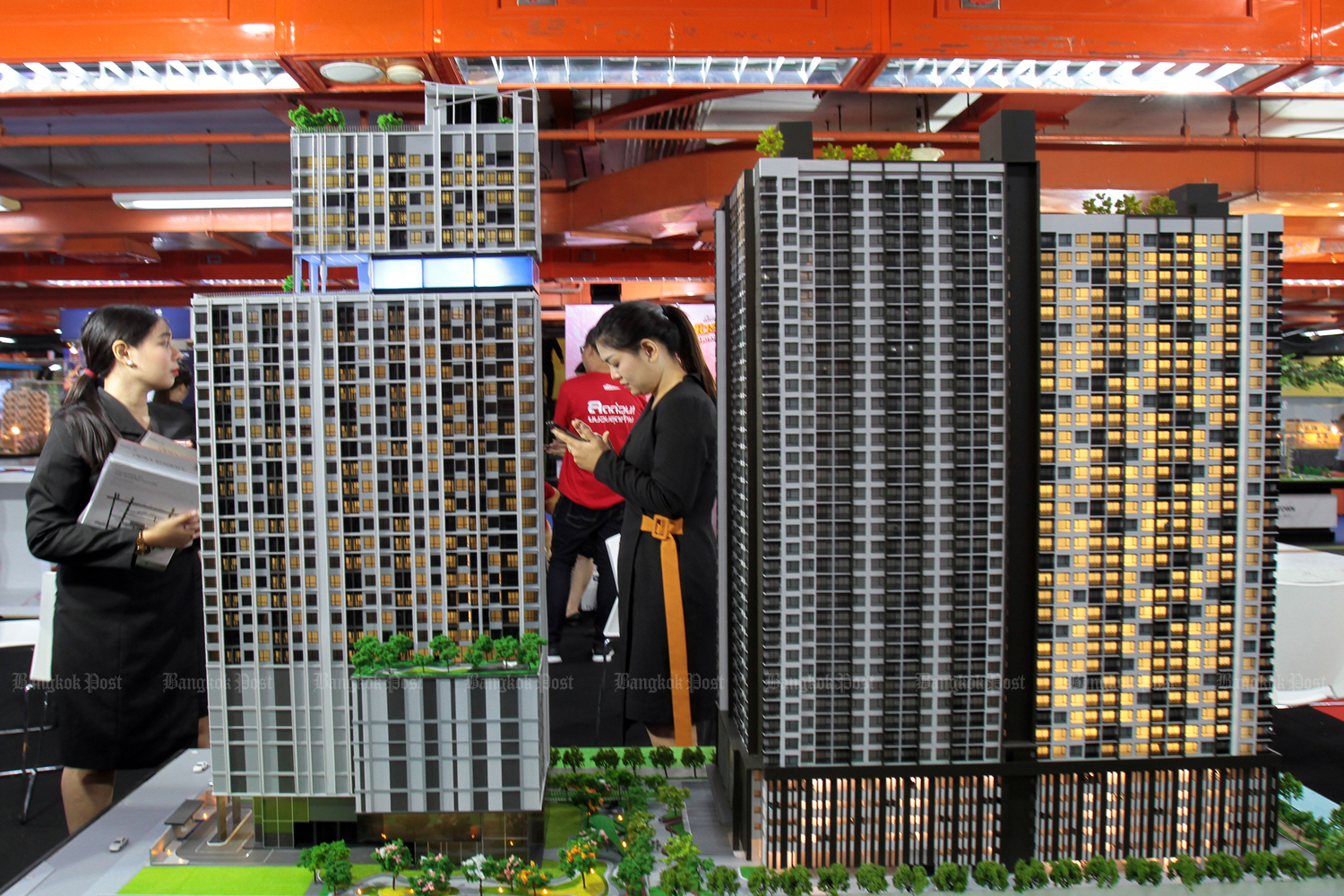 Housing market growth in 2020 will get a 2-percentage-point boost if loan-to-value (LTV) regulations for second mortgages are eased, says Krungthai Compass.

Kanit Umsakul, a senior officer on Krungthai’s business risk and macro research team, said the overall residential market this year will grow by 7.5% from 2019 if that rule is relaxed.

Without a relaxation, he expects 5.5% growth, led by 6% from low-rise houses (single detached houses, duplexes, townhouses) and 4.5% for condos. The latter is slowing because of the new lending curbs and shrinking foreign demand.

Last year, second mortgages declined by 14% from 2018 after the LTV measures took effect on April 1, requiring buyers to make a minimum down payment for second mortgages of 10-20% of the price.

Mr Kanit estimates a 10% dip for second mortgages this year unless the rules are relaxed.

Second mortgages affect the overall housing market intensely because homebuyers tend to seek second homes that are located away from their first houses. 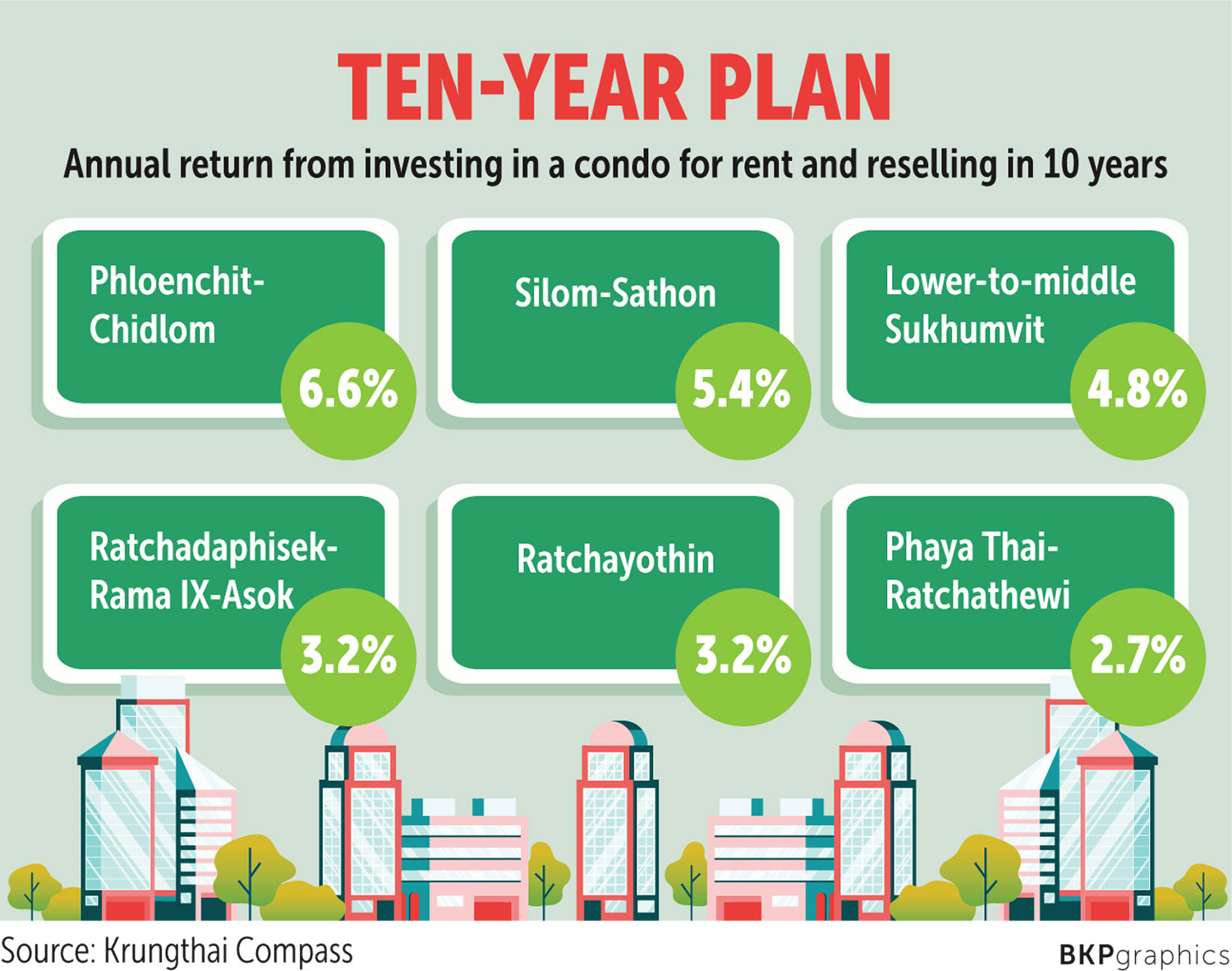 While the details of easing haven’t been announced yet, any changes will revive the market from its pent-up state last year.

According to Krungthai Compass, the total value of housing transfers in Greater Bangkok dropped by 5% to 536 billion baht in 2019. The low-rise segment rose by 2.2%, while condos shrank by 11.6%, largely due to the LTV limits and the baht’s strength.

Two new mass transit lines are scheduled to start running this year: the extension of the Light Green Line from Kasetsart University to Ku Kot in Pathum Thani and the Gold Line from Krung Thonburi to Iconsiam.

Krungthai Compass conducted research on the condo market in Ratchayothin area, where an extension of the Light Green Line started running in December 2019.

The result showed that the location is suitable for own use rather than an investment, as it yields lower annual returns and is less attractive when compared with inner areas.

This price is reasonable because it is lower than the inner-city rate in areas such as Asok-Sukhumvit, Ratchathewi, Ari, Phaya Thai, Phetchaburi, Rama IX, Thailand Cultural Centre, On Nut and Saphan Kwai, where prices average 157,000 baht per sq m.

In downtown areas like Phloenchit-Chidlom and Silom-Sathon, average prices are 210,000 baht per sq m, suitable for those earning more than 65,000 baht a month.

Mr Kanit said at least two new condo projects with a combined 800-1,000 units in Ratchayothin were scheduled to launch this year under SET-listed developers SC Asset Corporation and AP Thailand.

“The closer the skytrain is running by, the more supply there will be,” he said.

Meanwhile, Charnkitt Dejvitak, vice-minister attached to the prime minister, urged the Bank of Thailand to loosen the LTV requirements, saying a relaxation would boost domestic consumption and investment.

If the central bank eases the requirement for a certain period, the overall economy will benefit, particularly amid pressure from external headwinds, Mr Charnkitt said.

The Finance Ministry understands that LTV regulations are good preventive measures to ward off a property bubble, he said, but amid a sagging economy an easing will help improve consumption and investment circumstances.

Even though the property market picked up after the Finance Ministry unveiled the property stimulus measures, continued support measures are needed due to a glut in unsold residences in the wake of the LTV requirements, Mr Charnkitt said.